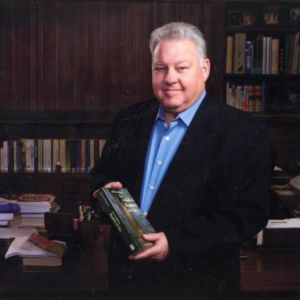 Juan Manuel Salvat was born in Sagua La Grande, Las Villas. He studied at the Jesuit School in Sagua and at the University of Havana. As secretary general of the Federacion Estudiantil Universitaria (FEU), he published in 1959 several university newspapers. In 1962 he co-founded the antiCastro organization Directorio Revolucionario Estudiantil (DRE). Salvat actively worked against the Castro government in Cuba. Expelled from the University he took refuge in the Embassy of Brazil in Havana, and left Cuba in 1960.

Salvat and his wife Marta started the business of selling books in Spanish in 1965, distributing books by mail and through catalogs from a small office. In 1966 he created the Universal Bookstore and Distributor, starting a year later to publish books under Ediciones Universal label. Since 1975 they were in the building of 8th and 31st Avenue, until 2013 when the business was closed. However, he continues the work as a publishing house. For almost five decades, Libreria Universal was a place for meetings, gatherings, book presentations, meetings with guest writers and debates on the Cuban reality, exile and the future of Cuba.