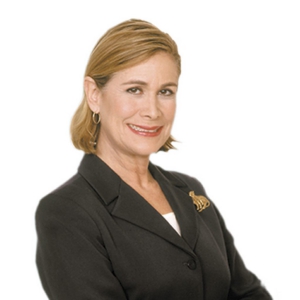 Bernadette Pardo has had a career in journalism for over 30 years in radio and television. Her radio show, iPedaleando con Berny!, is one of the most popular AM radio shows in South Florida and can be heard on WAQI AM Radio Mambi.

Born in Havana, Ms. Pardo received degrees from Stanford University and Florida International University. In addition, she served as Chief of Staff to Governor Bob Graham. She went on to serve as editor for ABC, and as host and reporter for Univision­ Channel 23 in Miami.

In addition to her radio show, Pardo is a columnist for El Nuevo Herald.

She has received over 100 awards and has covered news throughout Europe and the Americas. In 2010, the Miami New Times names Pardo as the Best Spanish-Language Radio Personality.