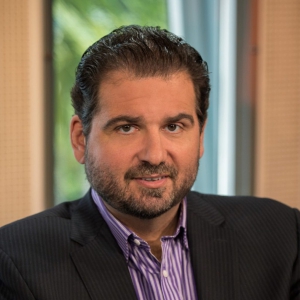 Dan Le Batard was born in Jersey City, New Jersey to Cuban exile parents in 1968 but refers to Miami, Florida as his hometown.  The sports writer, journalist and radio host and his family settled in Miramar, Florida while still an adolescent.

Le Batard received his Bachelor’s Degree in Journalism and Politics from the University of Miami and began working at The Miami Herald in 1990, where he continues to write as a columnist for the sports section. He also hosts a popular morning radio show on ESPN Radio, The Dan Le Batard Show with Stugotz.  The program is co-hosted by sports writer Jon Weiner, known as Stugotz. The show is characterized by humor, in addition to sports news and developments.

Dan also contributes to other programs within the ESPN network, including Outside the Lines, The Sports Reporters, Pardon the Interruption and College GameDay.