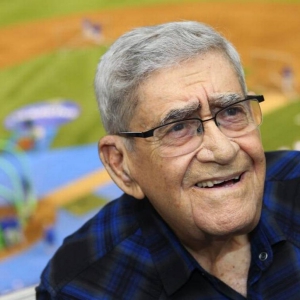 Sports enthusiast Rafael ‘Felo’ Ramirez was born in Bayamo, Cuba in 1923.  Drawn to baseball and boxing from an early age, Ramirez broadcasted in his homeland for nine years, including boxing matches for Latin American TV and radio through NBC’s Spanish-language programming.  He later left to Venezuela, where he continued his sports broadcasting career and later Puerto Rico and Mexico. For three decades, Ramirez co-hosted the popular Cabalgata Deportiva Gillette radio show with Buck Canel.

Felo later relocated to Miami, where he was quickly welcomed by the many Cubans living in exile.  He continued his work as a sports broadcaster, becoming the official Spanish voice for the Florida Marlins (later Miami Marlins) in 1993 until his death on August 21, 2017 at the age of 94.

Ramirez called more than 40 Caribbean World Series, as well as key baseball moments including Don Larsen’s perfect game, Roberto Clemente’s 3,000th Major League hit, Hank Aaron’s 715th home run and the Marlins’ World Series wins in 1997 and 2003.  In 2001, he received the Ford C. Frick Award from the National Baseball Hall of Fame and delivered a heartfelt speech in Spanish (translated by Jaime Jarrin).  In 2003, he was inducted into the Caribbean Baseball Hall of Fame.

Felo’s passion for baseball, precision to detail and occasional wit and humor became highly popular in South Florida and his Spanish Marlins’ broadcasts enjoyed significant ratings.  After his death in 2017, the Miami Marlins organization named the street outside of Marlins Park after him. 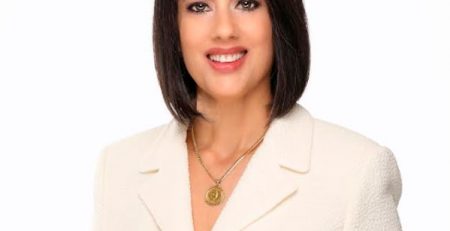