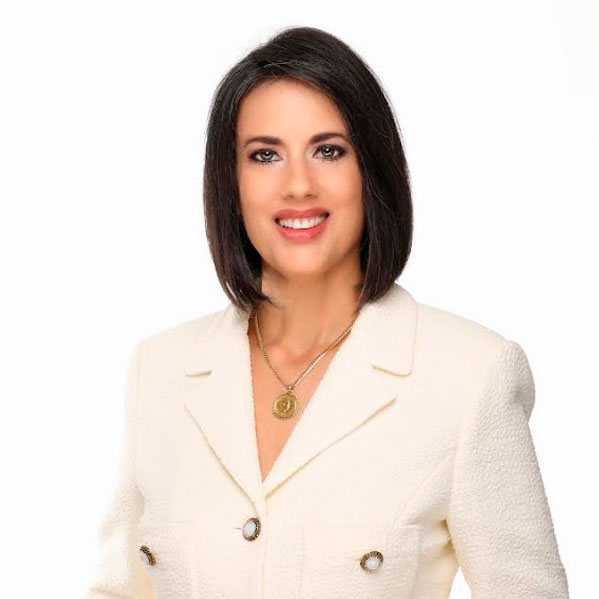 Mercedes Soler is co-owner and President of Solmart Media, a Spanish radio and digital media company in Sarasota, Florida, founded with her husband Tomás Martínez. Solmart Media’s core mission is to entertain, inform, educate and elevate its underserved community. Their 2FM and 1AM radio stations reach 9 counties, and about half a million Hispanics. Mercedes oversees editorial content, outreach, advocacy, marketing, public relations, productions for non-profits, internships and mentoring.

Prior to this, she spent 25 years as a Spanish language international correspondent with Univision TV Network and an anchor for CNN Español. She also wrote weekly columns for El Nuevo Herald (Miami Herald) and co-authored the book Dish & Tell: Life, Love and Secrets [Harper Collins]. The book was adapted to the stage as a musical. In addition, Mercedes taught journalism to international Spanish language students through the University of Miami and coached media and press strategies to U.S. diplomats based in Latin America, as a subcontractor for the State Department.

Mercedes serves on the Board of Directors at the John and Mabel Ringling Museum of Art, the Community Foundation of Sarasota County and Campowerment’s Give her Camp. She is on the Advisory Committee of ISLAC, University of South Florida’s Institute for the Study of Latin America and the Caribbean and a member of the International Women’s Forum. Further, she partakes in Leadership Florida’s Cornerstone Class 2022-23. Ms. Soler is the recipient of 5 Emmy Awards, 1 Peabody and 1 GLAAD award, among other accolades. Her most valuable title is that of mamá to Victoria and Thomas, who are both pursuing post graduate degrees in Philanthropic Management and Law, respectively. They fill her heart with joy.

Mercedes was born in Havana, where she lived until age nine. Her parents, wanting to spare their four daughters from a repressive communist dictatorship, moved the family to Spain before eventually settling in Chicago. There, she graduated high school and from Loyola University. Mercedes considers herself a news junkie, an avid reader and a foodie. Visiting beaches, mountains and art museums are a passion. She and her husband collect Cuban art.