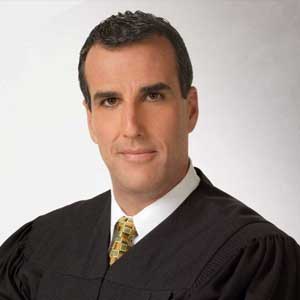 He attended Rockway Junior High School. At age 19, he became a police officer. He received a Bachelor of Professional Studies degree from Barry University, and went on to earn his JD from the University of Miami.

In 1995, he became an associate administrative judge in the criminal division of the 11th judicial circuit, which covers Miami-Dade County. He also served as an appellate judge over appeals from the Miami-Dade County Court, county commission, and other agencies.[

In 1999, he was elected to serve as district representative to the executive committee of the Conference of Circuit Court Judges. He is a member of the Florida Bar and the District of Columbia Bar Association. He has been an adjunct professor at Florida International University, and a published member of UM’s law review. He was the arbitrator on TV show Judge Alex.