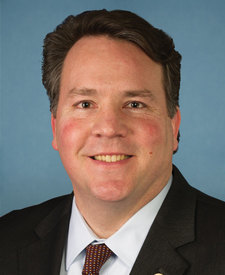 Alex Mooney was born on June 7, 1971 in Washington, D.C.  The son of a Cuban refugee and Vietnam veteran, Alex grew up with a deep sense of appreciation for the American ideals of individual freedom and personal responsibility.  Alex’s mother, Lala (Suarez) Mooney, was born and raised in Fidel Castro’s Cuba, where she was thrown into jail for seven weeks for opposing Castro’s communist regime. When she was 20, Lala escaped Cuba and fled to America to restart her life.  Alex’s father, Vincent, was sent to Vietnam when Lala was expecting their first child. He served as an Engineering Captain and was awarded the Bronze Star.

Mooney played football and rugby at Dartmouth College, where he graduated in 1993 with a major in Philosophy.  After college, Mooney served as staff assistant to U.S. Representative Roscoe Bartlett. In 1995 he became a legislative analyst for the Republican Conference of the U.S. House of Representatives.  Mooney represented Maryland’s 3rd District, which covers parts of Washington and Frederick Counties, in the Maryland Senate, from January 1999 to January 2011. While in office, he served as the executive director of the National Journalism Center from 2005 to 2012.

He was first elected to Congress in 2014 and re-elected in 2016 and 2018. He is a principled conservative fighting for lower taxes and less government regulations on businesses to create more jobs in America. He is the first Hispanic elected to Congress from West Virginia.

Congressman Mooney serves on the House Financial Services Committee which oversees some of the most important economic issues facing West Virginia, such as banking, insurance, housing and investment policies.

He resides in Charles Town in Jefferson County, West Virginia.