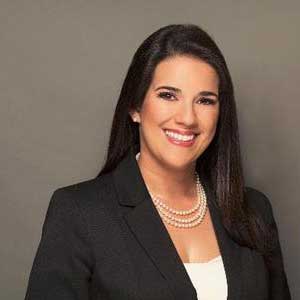 Anitere Flores was born September 8, 1976 in Miami, Florida to Cuban exiles. She is a Republican politician who has served as a member of the Florida Senate since 2010. She currently represents the 39th district, which encompasses Monroe County and parts of southern and western Miami-Dade County. Prior to Flores’ election to the Senate, she served three terms in the Florida House of Representatives, representing the 114th district from 2004 to 2010.

She attended Florida International University, graduating with her bachelor’s degree in 1997. She then attended the Fredric G. Levin College of Law at the University of Florida, receiving her Juris Doctor in 2001. After graduation, she worked for the Florida House of Representatives on the Education Policy Council, for then-Governor Jeb Bush as his Education Policy Chief, and as Director of State Relations for Florida International University.