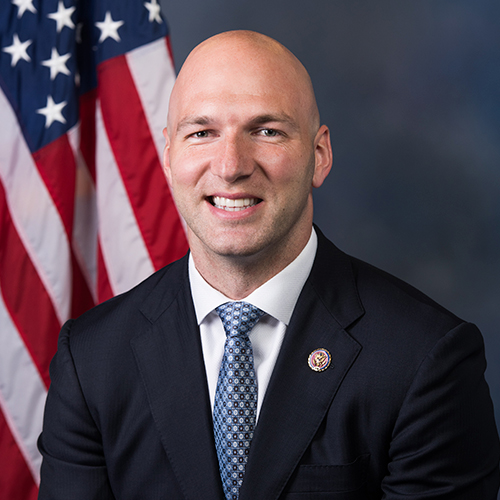 Anthony Gonzalez was born on September 18, 1984 in Cleveland, Ohio.  He is the son and grandson of Cuban immigrants who fled the Castro regime.  Gonzalez attended St. Joseph grade school in Avon Lake, Ohio, and Saint Ignatius High School in Cleveland, Ohio, where he was a standout in both football and track. He is a graduate of The Ohio State University where he played wide receiver under Coach Jim Tressel, before becoming a first-round draft pick for the Indianapolis Colts. After five seasons in the NFL, Congressman Gonzalez attended Stanford Business School and launched a career in the technology industry before returning home to Northeast Ohio.

In 2018, Gonzalez filed to run as a Republican for the United States House of Representatives in Ohio’s 16th congressional district. Gonzalez won the November 6 election with 57% of the vote, becoming the first Latino to represent Ohio in Congress.  He raised over $525,000 in less than a month after announcing his run, including donations from former NFL teammate Peyton Manning, Cleveland Browns owner Jimmy Haslam, and several other former NFL and college football players.  Along with Texas Democrat Colin Allred, he was one of two former NFL players to be elected to Congress in 2018.

Congressman Gonzalez serves on the House Science, Space and Technology Committee and on the Financial Services Committee, where he is the vice chair of the Subcommittee on Diversity and Inclusion. He is also a proud co-chair of the House China Task Force.

He resides in Rocky River, Ohio.