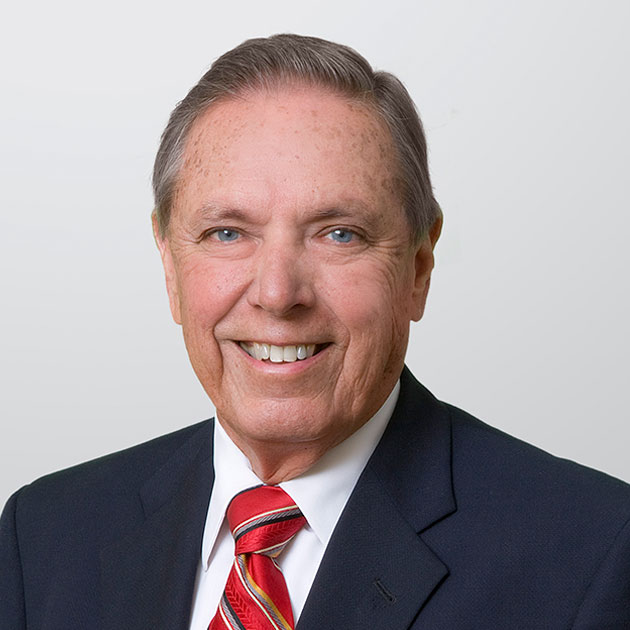 Bob Martinez was born on December 25, 1934 in Tampa, Florida.  He was the only child of Serafin Martinez and Ida Carreno Martinez. His grandparents were Spanish immigrants who had come to Tampa from the province of Asturias to find work in the Spanish/Cuban/Italian neighborhood of Ybor City. Bob Martinez’s mother was a seamstress and his father was a waiter at the Columbia Restaurant in Ybor City, and the family lived in Ybor City and West Tampa during his youth.

In 1965, Martinez was named the executive director of the Hillsborough Classroom Teachers Association (HCTA), the local teachers’ union in Hillsborough County.  In 1968, the HCTA joined the Florida Education Association’s statewide teacher strike in support of more education funding and collective bargaining rights for teachers. Though the labor action was seemingly unsuccessful in the short term, its goals were gradually met over the following few years through court and legislative actions. In 1971, Martinez and the HCTA negotiated the first union contract for Hillsborough County teachers.  In 1974, Martinez unsuccessfully ran for mayor of Tampa against William “Bill” Poe. He resigned as executive director of the HCTA in 1975 and was appointed vice chairman of the Southwest Florida Water Management District by Florida Governor Reubin Askew.

Martinez campaigned for mayor against Poe again in 1979 and won. During Martinez’s term of office, the city built one of America’s first waste-to-energy plants, opened a large performing arts center and a modern convention center, completely reconstructed Lowry Park Zoo, restored the 1915 City Hall building, and annexed thousands of acres of unincorporated land northeast of town that would become the neighborhood of New Tampa.

In early 1985, Martinez began actively exploring the possibility of running for governor of Florida, and he formally announced his candidacy in November of that year.  In July 1986, he resigned as mayor of Tampa to devote all of his time to the gubernatorial campaign.  Martinez defeated former U.S. Representative Louis Frey, Jr., of Winter Park in the Republican gubernatorial primary election and Democratic state representative Steve Pajcic in the general election. With the election victory, Martinez became the second Republican governor of Florida since Reconstruction and the first (and thus far, only) Hispanic governor in Florida history. He was the state’s 40th governor and held the office from January 6, 1987 to January 8, 1991.  As governor, Martinez initiated America’s largest environmental land acquisition program, Preservation 2000. He proposed the Surface Water Improvement Management Act that protects Florida’s surface waters, including Lake Okeechobee, Tampa Bay, Lake Jackson, the Kissimmee River, and other areas. He helped get Florida’s first solid waste management law passed and implemented Florida’s Growth Management Act. He was an advocate of laws and rules that protected manatees and dolphins. He aggressively sought to eliminate wasteful spending projects sponsored by members of the legislature, and increased spending on the state’s drug control programs. For a time, Martinez was regarded as a “rising star” in Republican politics.

After leaving the governor’s office on January 8, 1991, Martinez was appointed by President George H. W. Bush to the cabinet rank position of Director of the Office of National Drug Control Policy (or “Drug Czar”) where he served until January 20, 1993.

Since then, Martinez has served as a consultant to Florida-based businesses and law firms and is a political analyst for Bay News 9 television. He is a trustee of the University of Tampa, and a director of the Hillsborough Education Foundation, Tampa’s Lowry Park Zoo and the Tampa Bay History Center, all local nonprofit groups involved in some way with education.

He resides in Tampa, Florida.