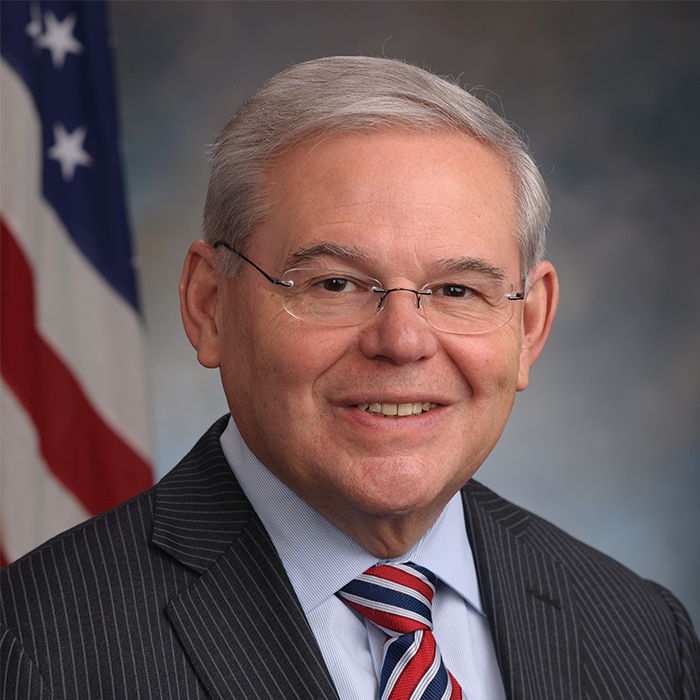 Sebator Menendez was born on January 1, 1954 in New York City to Cuban immigrants who had left Cuba a few months earlier in 1953. His father, Mario Menéndez, was a carpenter, and his mother, Evangelina, was a seamstress. The family subsequently moved to neighboring New Jersey where he grew up in an apartment in Union City, New Jersey.  He went on to become the first in his family to go to college, attending Saint Peter’s College in Jersey City, where he became a member of the Lambda Theta Phi fraternity. He graduated with a B.A. in political science, and subsequently earned his Juris Doctor degree from Rutgers Law School in 1979 at the Newark campus. Menendez was admitted to the New Jersey Bar in 1980 and became a lawyer in private practice.

In 1974, at the age of 20, he was first elected to the Union City School District’s Board of Education. In 1986, he won the election for Mayor of Union City. In 1988, while continuing to serve as mayor, he was elected to represent the state’s 33rd district in the General Assembly of New Jersey and, within three years, moved to the New Jersey State Senate, upon winning the March 1991 special election for the 33rd Senate district. The next year he won a seat in the House of Representatives and represented New Jersey’s 13th congressional district for six two-year terms, from 1993 to 2006. In January 2006, he was appointed to fill the U.S. Senate seat being vacated by Jon Corzine (who had been elected 54th Governor of New Jersey), and was elected to a full six-year term in November; he was reelected in 2012 and 2018.

He is currently the Ranking Member of the Senate Foreign Relations Committee and served as Chairman in the 113th Congress. He has earned a national reputation for his international leadership in the Senate, which pairs with his long-time reputation as a fighter for New Jersey families who puts their economic security ahead of powerful special interests.  He has advocated for women and children struggling with oppressive poverty in Central America and Africa, and stood by democracy activists struggling to reform governments from Cuba to China to Russia. In addition, he has evoked a strong national security posture in the face of tyrannical leaders of Russia, Iran and Syria