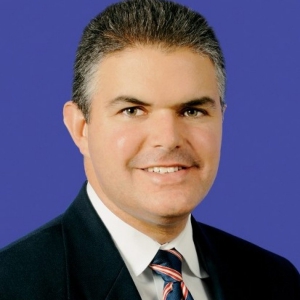 Bruno Barreiro was born in Clearwater, Florida on December 1965. He was educated at Christopher Columbus High School the University of Miami in Coral Gables, Florida. He is the owner of BABJ Investment Corporation, Marketing Vice President of Fatima Home Care and a Director of IUSA Partners, Inc.

Barreiro is currently a candidate for the United States House of Representative, District 27.

In 1998, Barreiro was elected to serve as Miami-Dade County Commissioner representing District 5. He served as Chairman of the Board of County Commissioners in 2007 and 2008. He has been re-elected for subsequent terms to represent constituents in portions of the Cities of Miami and Miami Beach, as well as the communities of Little Havana, Downtown, and South Beach. Barreiro served as the Chair of the Transportation and Public Works Committee. On behalf of Miami-Dade County he sat on the Downtown Development Authority, the South Florida Regional Transportation Authority, Southeast Florida Transportation Council, Miami River Commission, Miami Beach Redevelopment Agency and the Beacon Council.

Barreiro was first elected to the Florida House of Representatives in 1992 as a Republican representing District 107. While serving in the House, he chaired the Tourism Committee.

Bruno is married to Zoraida Barreiro, and they have two children.