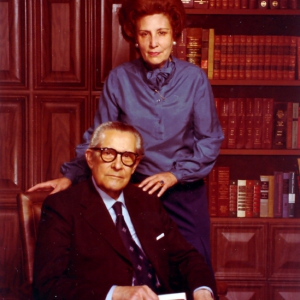 Carlos Márquez Sterling(1898-1991) lawyer, writer, politician & diplomat founder of the Manuel Márques Sterling School of Journalism & member of Cuba’s House of Representatives. In 1958 ran for President and in 1959 was arrested & exiled by the Castro regime.

Carlos Marquez Sterling, a Cuban historian and statesman who led the drafting of the country’s 1940 Constitution, died at the age of 92.
Mr. Marquez led 76 delegates in drafting the document, which recognized all Cubans as equal, called for the breakup of large land holdings, granted citizens the right to work and established alimony and child support. The previous Constitution was written in 1901.

Mr. Marquez was Speaker of Cuba’s House of Representatives as well as Minister of State and Minister of Education. In 1958, he ran unsuccessfully for President against a candidate backed by Fulgencio Batista.

Mr. Marquez left Cuba the next year after the Castro regime placed him under house arrest. He went to New York, where he taught at Columbia University and C. W. Post College. He retired to Miami in 1979.

He wrote 20 books, including a biography of the Cuban patriot Jose Marti and histories on Cuba and the United States.