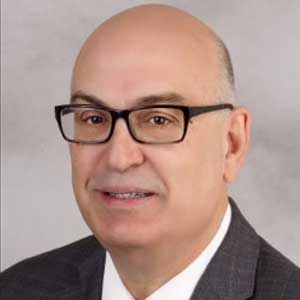 Emilio Tomas Gonzalez, Ph.D, was born in Cuba. He graduated from the University of South Florida in Tampa with a B.A. in International Studies. He earned M.A. degrees in Latin American Studies from Tulane University, and in Strategic Studies and National Security Affairs from the US Naval War College. He was awarded a Ph.D. in International Relations from the Graduate School of International Studies, University of Miami, where he also received the Graduate School Award for Academic Achievement. Gonzalez is the City Manager and Chief Administrative Officer of the City of Miami. He was appointed by Mayor Francis X. Suarez in December 2017 and ratified by the Miami City Commission in January 2018. Prior to that he served as Aviation Director and CEO of Miami International Airport and the Miami Dade County Aviation Department from April 2013 to December 2017. Gonzalez previously served as Director of the US Citizenship and Immigration Services (USCIS), Director for Western Hemisphere Affairs at the United States National Security Council, Washington, D.C., and as a military attaché to U.S. Embassies in El Salvador and Mexico for the Defense Intelligence Agency.