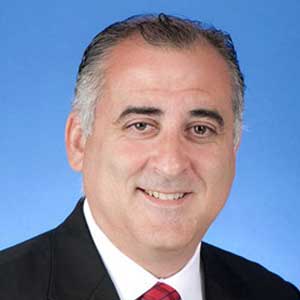 Esteban L. Bovo, Jr. was born in Queens, New York in 1962. Bovo earned a Bachelor of Arts degree at Miami-Dade Community College and a Bachelor of Science degree at Florida International University. In 2011 he was elected to the Miami-Dade County Commission representing District 13, which includes Hialeah, Miami Lakes, Palm Springs North, and neighboring areas of unincorporated Miami-Dade. He is currently Chairman of the Board of County Commissioners.

He was first elected to the Florida House of Representatives in 2008 as a Republican representing District 110. He was nominated Chairman of the Hispanic Legislative Caucus and was subsequently chosen to chair the Committee of Business Regulation. Bovo previously served on the Hialeah city council from 1998 to 2008, including as president.

He is married to Viviana Bovo and his five children.