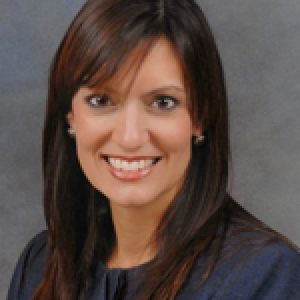 Jeanette M Nuñez was born in Miami, Florida in 1972. She was educated at Florida International University, earning a BA in Political Science and International Relations and an MPA. She has worked as a Legislative Aide for Florida State Senator Alex Diaz de la Portilla, Vice-President of Government Affairs at Jackson Health System. Núñez also served as an adjunct professor at Florida International University. She currently serves as Vice-President of External Affairs at Kendall Regional Medical Center and Aventura Hospital and Medical Center.

Nuñez was first elected to the Florida House of Representatives in 2010 as a Republican, served as Speaker pro tempore of the House for the 2016-2018 term, and had previously served as Deputy Whip. She represents District 119 and is Vice Chair of the Appropriations Committee, and a member of the Committees on Appropriations, and Rules & Policy. In 2017, she was appointed to the Florida Constitution Revision Commission by Speaker of the Florida House of Representatives Richard Corcoran.

Nuñez has served on the Statewide Council on Human Trafficking, and the National Assessment Governing Board. Nuñez was recognized as a Hispanic Woman of Distinction in 2007.

She is married to Adrian Nuñez and has three children.