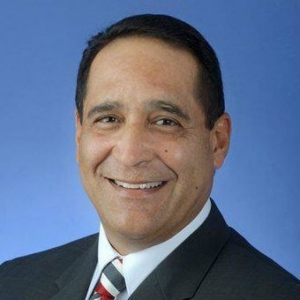 Miami-Dade County Commissioner Joe A. Martinez was first elected to represent the residents of District 11 in October 2000. He is the only Commissioner to have been elected twice by his peers as the Chairman of the Board, serving in that capacity from 2005-07 and again in 2011-13. After four years out of public office, he returned to serve District 11 constituents after winning election in 2016. He represents West Dade’s unincorporated areas, including Country Walk, Hammocks, Kendale Lakes, Bent Tree, and Lakes of the Meadows.

Commissioner Martinez has served as the Chair and Vice Chair of the Budget, Planning, and Sustainability Committee. He has also been appointed as the Chair of the Public Safety Committee and has served as a member of other committees, including Government Operations, Housing and Community Development, Airport and Tourism and Recreation, Cultural Affairs, and the Unincorporated Municipal Services Area Committee.

Commissioner Martinez began his public service career in 1984 as an officer with the Miami-Dade Police Department. He worked his way up through the ranks, serving as a detective with the General Investigations Unit from 1988 to 1992, and subsequently was promoted to Police Sergeant, Police Master Sergeant and Police Lieutenant.

Commissioner Martinez’s 17-year career with the Miami-Dade Police Department was exemplary. He received more than 70 awards and commendations; including two prestigious Gold Medals of Valor, the Silver Medal of Valor, the Exceptional Service Award, and the Lifesaving Award. The department also honored him with the Officer of the Year Award in 1992 and he was twice recognized as “Officer of the Year” by the Hispanic Police Officers Association. Additionally, the Miami-Dade Board of County Commissioners honored Martinez by proclaiming July 27, 1993, “Detective Jose Martinez Day” for his bravery during an incident where he put himself in the line of fire to shield a fellow police officer during a narcotics sting operation.

Commissioner Martinez is very proud that in February 2008, President George W. Bush at his urging signed into law H.R. 1216, requiring the Department of Transportation to issue regulations related to power window safety, rearward visibility, and rollaway prevention intended to reduce the incidence of child injury and death occurring inside and near motor vehicles.

Commissioner Martinez who was born in Miami, holds a Bachelor of Science degree in Public Administration from Barry University and is married to Ana Martinez. He has two adult daughters, one adult son, two teenagers, and a granddaughter.