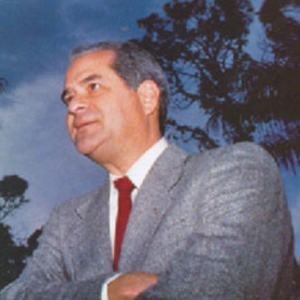 Jorge Mas Canosa founded the Cuban American National Foundation and MasTec. He born and raised in the city of Santiago de Cuba on September 21,1939. As a young student leader, Jorge was an advocate for democracy and freedom, fighting against the dictatorial oppression of first Batista and eventually Castro. His patriotism forced him to seek exile in Miami where he remained resolute in pursuit of a free Cuba, volunteering to serve during the Bay of Pigs Invasion.
In 1969, Church & Tower, an underground utility construction firm, recruited Cuban immigrant Jorge Mas Canosa to bring discipline, focus and leadership to the company. In 1971, Mas Canosa bought Church & Tower. On March 11, 1994, publicly traded Burnup & Sims acquired Church & Tower. Jorge Mas became the company’s president and his father became the chairman, and the name was changed to MasTec.
In 1981, Mas Canosa, along with Raul Masvidal and Carlos Salman, established the Cuban American National Foundation (CANF). The group was founded as part of a broader strategy to sideline more moderate perspectives within the Cuban-American community, and to convert anti-Castro activism from a more militant to a more political strategy.
Mas Canosa died in Miami, Florida on November 23, 1997 at the age of 58.