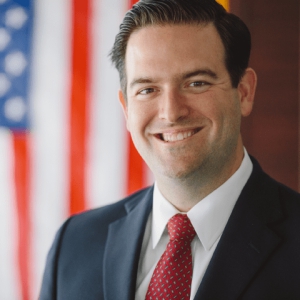 José Félix Díaz was born January 16, 1980 in Miami, Florida to Cuban exiles. He is a Republican politician from Florida. He served in the Florida House of Representatives from 2010 to 2017, representing parts of Miami-Dade County. He resigned from the House in 2017 to run for a special election to the Florida Senate, but was not elected.

He attended St. Brendan High School, after which he attended the University of Miami, where he received a degree in political science and English in 2002. While at the University of Miami, Jose was selected as Florida’s College Student of the Year. Soon thereafter, Jose went on to Columbia Law School where he received several notable distinctions including the American Bar Association’s Silver Key. Upon graduation, he returned to Miami to join the law firm of Akerman LLP, and was appointed to the American Bar Association’s legislative body, the House of Delegates.

With a decade of legal experience at Akerman LLP, which was ranked among the top 100 law firms in the U.S. by The National Law Journal, Jose has represented various individuals, nonprofit organizations, and entities throughout South Florida. He was recognized as one of the “Best of Miami’s Legal Leaders for 2014” by Miami Today.

In 2010, Diaz was elected to the Florida House of Representatives, and he has dedicated himself to serving the needs of South Florida communities. As Vice-Chair of the Miami-Dade Legislative Delegation, he led the way in legislation that created $500 million of tax relief for middle-class families and championed the largest funding of education in Florida’s history.

In 2013, Will Weatherford, Speaker of the Florida House, appointed Diaz to represent Florida on the Board of the Southern States Energy Board, the National Council of State Legislators’ Nuclear Energy Working Group, and the Standing Committee on Natural Resources and Infrastructure.

Diaz also plays an active role in events and organizations that provide opportunities for abused and neglected children in Miami. He serves as a Board member for various child advocacy organizations, including CHARLEE Homes for Children. In 2011, Our Kids of Miami-Dade awarded Jose with the Outstanding Legislator Award, and Voices for Children awarded him with the MVP Leadership Award in 2012.