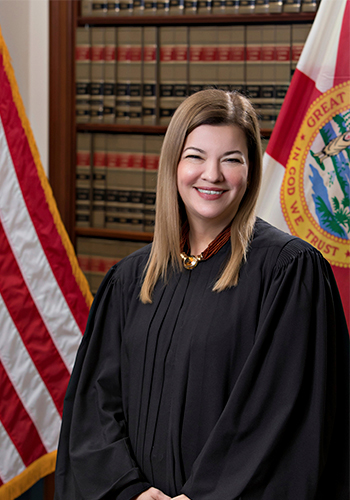 Prior to joining the bench, Justice Lagoa practiced in both the civil and criminal arenas. Her civil practice at Greenberg Traurig focused on general and complex commercial litigation, particularly the areas of employment discrimination, business torts, securities litigation, construction litigation, and insurance coverage disputes. In 2003, she joined the United States Attorney’s Office for the Southern District of Florida as an Assistant United States Attorney, where she worked in the Civil, Major Crimes and Appellate Sections. As an Assistant United States Attorney, she tried numerous criminal jury trials, including drug conspiracies and Hobbs Act violations. She also handled a significant number of appeals.

While a practicing lawyer, Justice Lagoa was admitted to The Florida Bar, the United States District Courts for the Middle and Southern Districts of Florida, and the United States Court of Appeals for the Eleventh Circuit. She was also a member of many local, state, and national professional groups including the Dade County Bar Association, and the Florida Association for Women Lawyers.

Justice Lagoa’s civic and community activities include service on the Board of Directors for the YWCA of Greater Miami and Dade County, the Film Society of Miami, Kristi House, and the FIU Alumni Association. She was also a member of the Federal Judicial Nominating Commission. She is currently a member of the Eugene P. Spellman and William Hoeveler Chapter of the American Inns of Court.

She is currently a federal judge on the Atlanta-based 11th United States Circuit Court of Appeals following President Trump’s appointment to that post in 2019 and the Senate’s confirmation on an 80-15 vote. 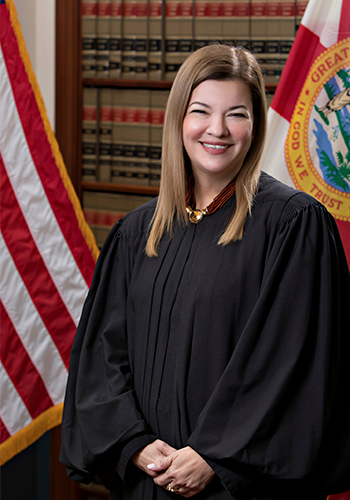