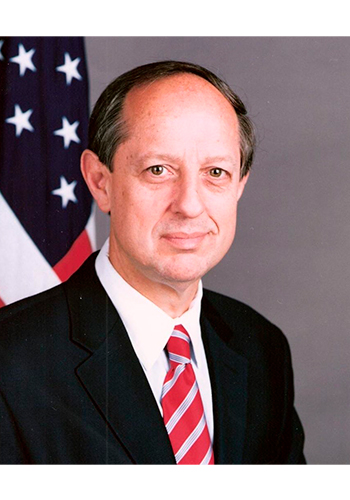 Lino Gutierrez was born on March 26, 1951 in Habana, Cuba.  He and his parents left the island in 1961 to Cali, Colombia where they stayed with relatives.  A year later, they arrived in the US.  Gutiérrez attended the University of Miami and The University of Alabama, where he received a B.A. in Political Science (1972) and an M.A. in Latin American Studies (1976). He was a social studies teacher for the Dade County School System and the Urban League in Miami, Florida before entering the diplomatic services.

Gutiérrez entered the United States Foreign Service in 1977 and served in Latin America, Europe and the Department of State. He has served as International Affairs Advisor at the National War College (2002), Principal Deputy Assistant Secretary for Western Hemisphere Affairs at the State Department (1999–2001), Acting Assistant Secretary for Western Hemisphere Affairs (2001–2002), United States Ambassador to Nicaragua (1996–1999).

During his tenure as U.S. Ambassador to Argentina from September 2003-July 2006, the United States and Argentina signed agreements on counter-terrorism and counter-narcotics cooperation, and container security. In 2005, Gutiérrez welcomed President Bush to Argentina as he attended the Summit of the Americas. As Acting Assistant Secretary for Western Hemisphere affairs, Gutiérrez led the Bureau of Western Hemisphere Affairs on September 11, 2001 and beyond. He accompanied Secretary of State Colin Powell to Lima, Peru for the signing of the Inter-American Democratic Charter, and returned with the Secretary’s party to the United States on September 11, 2001. During his tenure in Nicaragua, Gutiérrez coordinated the U.S. relief effort following the devastation of Hurricane Mitch in October 1998.

Gutierrez also served in Santo Domingo, Lisbon, Port-au-Prince, Grenada, Paris and Nassau. In Washington, Gutiérrez has served as Officer-in-Charge of Nicaraguan Affairs, Officer-in-Charge of Portuguese Affairs, and Director of the Office of Policy Planning, Coordination and Press in the Bureau of Inter-American Affairs.

In 2007, Gutiérrez became CEO of Gutierrez Global LLC, a consulting firm specializing on strategic advice for corporations interested in investing in Latin America and Europe. From 2007 to 2009, Gutiérrez served as Senior Advisor to Secretary of Commerce Carlos Gutiérrez on Cuba transition and Latin America.

Since 2010, he serves as Executive Director of the Una Chapman Cox Foundation, which is dedicated to a strong and professional Foreign Service.  Gutiérrez also serves as an adjunct professor at the Elliott School of International Affairs, George Washington University in Washington, D.C., and the School of Education at Johns Hopkins University. 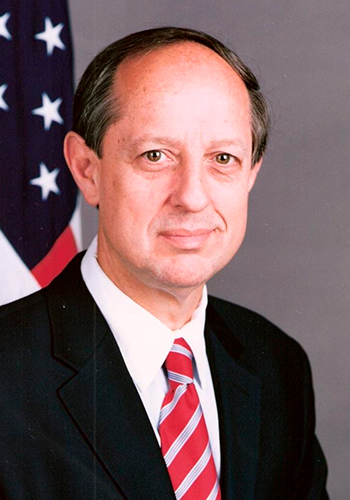