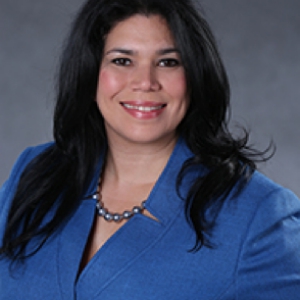 Lubby Navarro was born in Havana Cuba. She was educated at Miami Springs Senior High School and Florida International University where she earned a BA in Political Science. She is a member of the Miami Dade County School Board, representing District 7. She served in this capacity by appointment of the governor in 2015 and was subsequently elected to the post in 2016. Navarro began a career in public service in 1995, serving as legislative assistant to members of the Florida Legislature, and has also served in other capacities for Miami Dade County Public Schools and the Board of County Commissioners.

Navarro also previously served as Council Member of the Miami-Dade County Community Council Board 14 (Redland), representing Sub Area 142, and on the county’s Municipal Advisory Committee, South Study Area A. She also served on the State of Florida’s Miami River Commission, the Miami-Dade County Redland Zoning Appeals Board, the City of Miami Gardens Excellence in Education Council Board of Directors

Navarro graduated from the Leadership Miami Program of the Greater Miami Chamber of Commerce. She is also a graduate of the Leaders of Excellence program of the Good Government Initiative at the University of Miami. She has also served as a member of the  the South Florida Chapter of the Juvenile Diabetes Research Foundation, Miami Walk Committee, and the Executive Committee of the American Cancer Society, South Florida Chapter, for the Making Strides Against Breast Cancer Walk, was appointed by the Junior League of Miami to serve as a member the Community Advisory Board,  and also served as member of the City of North Miami’s Haitian Earthquake Task Force.

Navarro is an active member of the United States Coast Guard Auxiliary, United States Homeland Security, Seventh Coast Guard District, Division 6, Flotilla 65 in South Dade, where she serves as the Public Affairs Officer, and was appointed by United States Senator Marco Rubio to the Military Service Academy Nomination Board.