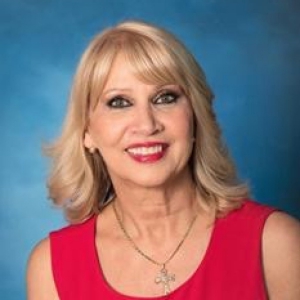 Ms. Rojas was elected to the Miami-Dade County School Board in November 2016 as the representative for District 6.

She is a professional educator of over 40 years who has held various high-level administrative and teaching positions in Miami-Dade County Public Schools. Awards bestowed upon schools she has led during her career include: the National Blue Ribbon School of Excellence Award, Governor’s Sterling Award for Senior Leadership, Magnet Schools of America National Merit Award, and the National Hispanic Magazine Ryder Systems Schools of Excellence Award. She has also been recognized as Exceptional Student Education (ESE) Administrator of the Year, Region IV Principal of the Year and District First Runner-Up, National Distinguished Principal, and been the recipient of the Commissioner’s Outstanding Leadership Award.

Ms. Rojas has also served on statewide boards such as the Board of Trustees for The Florida School of the Deaf and the Blind. She has participated in the prestigious International Oxford Roundtable in Oxford, England, which considers public policy issues regarding education.

On the School Board, Ms. Rojas serves as the Board’s representative to the district’s Audit and Budget Advisory Committee, The Education Fund, the National Hispanic Council of School Board Members, and the district’s Athletic Advisory Committee. She also serves as a member of the Board’s Personnel Services and Student/School Support committee, Facilities Construction committee, and as Vice-Chair of the Innovation, Governmental Relations and Community Engagement committee.

Ms. Rojas resides in Coral Gables with her husband, Rick, and has three children and four grandchildren.