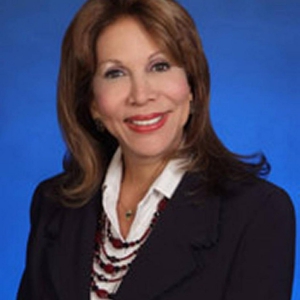 Marta Perez was born in Cuba and came into exile to Miami owhere she has achieved success as a student, teacher, businesswoman and elected official. A graduate of Riverside Elementary, Citrus Grove Junior High and Miami Senior High schools.

Since her 1998 election to the Miami-Dade County School Board, Dr. Marta Perez has distinguished herself as a champion for ethical and accountable government, narrowing the achievement gap between disadvantaged and more advantaged students, and preparing children of all backgrounds to start their school careers on an equal footing.

She later attended Florida Atlantic University, where she earned a bachelor of arts in education in 1971 and continued her education at the University of Miami, earning a master of science in elementary education in 1985, followed by a Doctorate of Philosophy in educational leadership in 1996. The professional journal Migration World published excerpts from her dissertation, “The Varela Centers,” which documents the educational program that was provided by Miami-Dade County Public Schools to refugee children at the U.S. military base in Guantanamo Bay, Cuba.

Dr. Perez spent six years as an elementary and middle school teacher, with positions at Dunbar Elementary, Coconut Grove Elementary and the private Sts. Peter and Paul School, all in Miami. She later served as treasurer and assistant to the president of Rene Perez and Associates, a computer software concern.

Dr. Perez was first elected to public office in 1996 as a Community Councilwoman for Miami-Dade County’s Area 10 and served as the council’s first chair. Two years later, voters in the Miami-Dade County School Board’s District 8 chose her to represent them on the Board. In the heart of western Miami-Dade, District 8 includes parts of Coral Gables, West Miami, Westchester, Sweetwater and locations west and south of these communities.

As a public servant, Dr. Perez is especially proud of having led the Miami-Dade School Board to adopt stronger ethics and accountability measures, including the pending establishment of an inspector general position dedicated to Miami-Dade County Public Schools.