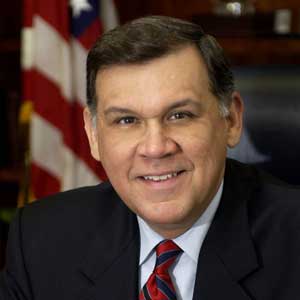 Mel Martinez was born in Sagua La Grande, Cuba in 1946. He came to the United States in 1962 as part of a Roman Catholic humanitarian effort called Operation Peter Pan, which brought into the U.S. more than 14,000 children. Catholic charitable groups provided Martinez a temporary home at two youth facilities. At the time Martínez was alone and spoke virtually no English. He subsequently lived with two foster families, and in 1966 was reunited with his family in Orlando.

He served as a United States Senator from Florida from 2005 to 2009 and as general chairman of the Republican Party from November 2006 until October 19, 2007. Previously, Martínez served as the 12th Secretary of Housing and Urban Development under President George W. Bush.

In December 2003, he ran for the U.S. Senate seat in Florida being vacated by retiring Democratic Senator Bob Graham. His election made him the first Cuban-American to serve in the U.S. Senate. On December 2, 2008, Martínez announced he would not be running for re-election to the Senate in 2010.

He is the former chairman of Chase Bank Florida and its operations in Mexico, Central America and the Caribbean. Martinez is currently chairman of the Southeast and Latin America for JPMorgan, Chase & Co. He also serves as a co-chair of the Housing Commission at the Bipartisan Policy Center.