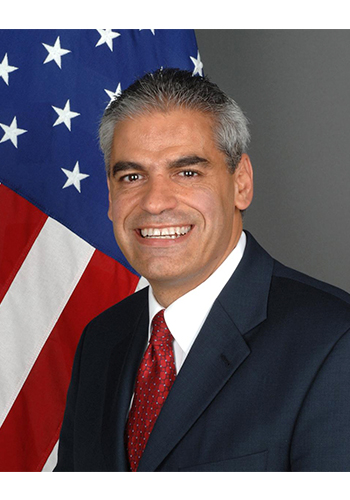 Miguel H. Diaz was born on September 29, 1963 in Habana, Cuba.  He and his family departed for Spain when he was nine. Two years later, they immigrated to Florida.

Díaz holds a B.A. from St. Thomas University and an M.A. and a Ph.D. in Theology from the University of Notre Dame.  He was a professor of theology at the College of Saint Benedict and Saint John’s University in Minnesota. Díaz is the co-editor of the book From the Heart of Our People: Explorations in Catholic Systematic Theology and author of On Being Human: U.S. Hispanic and Rahnerian Perspectives, named “Best Book of the Year” by the Hispanic Theological Initiative at Princeton Theological Seminary. Díaz has taught religious studies and theology at Barry University, the University of Dayton and the University of Notre Dame. From 2001 to 2003, he taught and served as academic dean at St. Vincent de Paul Regional Seminary in Boynton Beach, Florida. He is a board member of the Catholic Theological Society of America (CTSA) and past president of the Academy of Catholic Hispanic Theologians of the United States (ACHTUS).

In 2009, he was nominated by President Barack Obama and confirmed by the U.S. Senate as the first Hispanic U.S. Ambassador accredited to the Holy See.  As ambassador, Díaz helped launch the Religion in Foreign Policy Working Group of the Secretary of State’s Strategic Dialogue with Civil Society. The Working Group facilitates regular dialogue between the U.S. foreign policy establishment and religious leaders, scholars, and practitioners worldwide on strategies to build more effective partnerships on issues such as conflict prevention, humanitarian assistance and national security.  He resigned on November 5, 2012, and was immediately named University Professor of Faith and Culture at the University of Dayton. 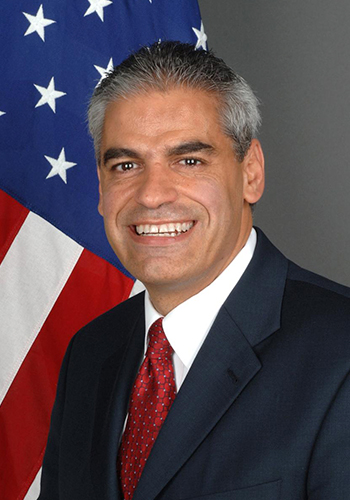