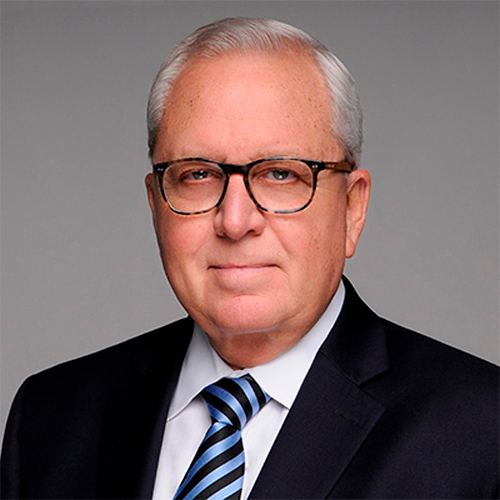 Otto Reich was born in 1945 in Habana, Cuba.  His father, who fled Nazi Germany in 1938, traveled to Cuba with the intention of continuing on to the United States. In Havana, he met and married a Cuban woman, and began selling furniture. By 1945, most of his father’s family had been killed in the Holocaust.  His father’s experiences in Nazi Germany made the elder Reich immediately suspicious of Fidel Castro, prompting him to flee with his family to North Carolina in 1960.

Reich graduated from University of North Carolina at Chapel Hill with a B.A. in International Studies in 1966.  After a brief stint in the US Army, he received a master’s degree from Georgetown University in 1973.  After receiving his master’s degree, Reich began working as an international representative for the Florida Department of Commerce, the first position he held in government. He also worked as a staff assistant in the U.S. House of Representatives, as a Community Development Coordinator for the City of Miami, and later as a Director of the Council of the Americas. Reich was Assistant Administrator of the US Agency for International Development in charge of US economic assistance to Latin America and the Caribbean between 1981 and 1983.

From 1983 to 1986, Reich established and managed the inter-agency Office of Public Diplomacy for Latin America and the Caribbean (OPD), which sought to promote the Contra guerrillas in Nicaragua. Reich managed a staff including officials from the Central Intelligence Agency (CIA) and The Pentagon, some of whom were personnel trained in psychological warfare. Reich reported to Oliver North, who then worked at the National Security Council, although the office itself was under the State Department.  The OPD was shut down after the Iran-Contra affair in 1987. Reich served as the Ambassador to Venezuela from 1986 to 1989, and subsequently worked as a corporate lobbyist for twelve years.

In 2001, he was President of RMA International, a lobbying and consulting company. In this role, he helped the rum company Bacardi, which wanted to revoke Cuba’s trademark protection, so that it could use a familiar Cuban rum brand name, “Havana Club“. Bacardi’s efforts met success with the passage of the Helms–Burton Act in 1996, which tightened the US embargo against Cuba, and stripped trademark protection from the brand name. Reich helped author the act.

Reich was nominated by George W. Bush to be Assistant Secretary of State for Western Hemisphere Affairs in 2001. The Senate did not allow confirmation hearings, citing Reich’s role in the Iran-Contra affair, and his advocacy as ambassador for Orlando Bosch, then imprisoned in Venezuela on suspicion of bombing Cubana de Aviación Flight 455. Bush made a recess appointment, allowing Reich to hold the position for one year without confirmation. He was subsequently appointed special envoy to Latin America. He resigned from the Bush administration in 2004, and has since run a consulting firm, and advised Republican presidential candidates including John McCain, Mitt Romney, and Jeb Bush.