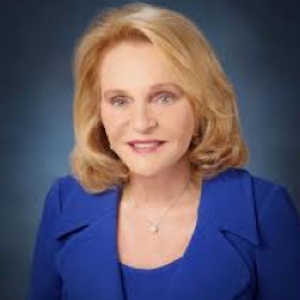 Perla Tabares Hantman was first elected to the School Board in November 1996, representing District 4 and in 1998 and 2002 was re-elected to four-year terms without opposition. Ms. Hantman was re-elected in 2006, 2010 and in 2014 and is currently serving her sixth term in office. In November of 2010, 2011, 2012, 2013, 2014, 2015 and again in 2017, Ms. Hantman was elected for an unprecedented tenth time as Chair of the Miami-Dade County School Board, a leadership position she has held before. Ms. Hantman was first nominated and unanimously elected Chair in 1999, becoming the first Hispanic woman to serve in that position.  In 2000 and 2001 she was re-elected and served a second and third consecutive term as Chair of The Miami-Dade County School Board.  Ms. Hantman has also served as Vice Chairman, having been elected to that position in November 2005, in 2007 and in 2009.

Ms. Hantman was born in Havana, Cuba, where she completed high school and attended the University of Havana.  Due to political circumstances, she was forced to emigrate to the United States and continued her education at Barry University in Miami, Florida.

Her career in public service began with the Cuban Refugee Program of the U.S. Department of Health, Education and Welfare.  Later, she joined the United States Foreign Service assigned by the Department of State to the American Embassy in Mexico City.

Ms. Hantman’s broad experience stems from her years of service on various prominent state boards.  These included service from 1987-1990 as a member of the Florida Board of Medicine, and from 1990-1996 as a member of the Florida Board of Regents, the governing board of Florida’s 10 state universities.  She was the first Hispanic woman in the United States to ever hold the position of Regent.  She has served as a trustee and member of the Executive Committee of the Florida International University Foundation Board. Ms. Hantman served as Co-Chair of the Miami-Dade County Complete Count Census 2010 Committee and has previously co-chaired the 2000 U.S. Census Count for the City of Hialeah.  Ms. Hantman is an Honorary Life Member of the National PTA and served on the Board of Directors of the South Florida Annenberg Challenge.  Appointed by Florida’s governor in 1999, she currently serves her fifth term as a member of the Miami-Dade Transportation Planning Organization (TPO).  Ms. Hantman was unanimously elected Vice Chair of the TPO on January 29, 2009 for a two-year term and was appointed to the TPO Review Committee on June 19, 2009. On October 23, 2014, Ms. Hantman was appointed by the TPO Governing Board along with four other members, to serve on a Committee, which will select a replacement of the current TPO Executive Director .Ms. Hantman has served on the Town of Miami Lakes’ Canvassing Board on five occasions to certify the October 5, 2004, the July 18, 2006, the October 7, 2008, and the October 5, 2010 elections following nominations by unanimous council resolutions and also certified the Special election held on October 1, 2013.  In 2005, Ms. Hantman was appointed to serve in the Executive Board of the New World School of the Arts. On February 24, 2011 Ms. Hantman was appointed Vice-Chair of the Board of Directors of The Foundation for New Education Initiatives, Inc. On April 19, 2013, Ms. Hantman began servicing as Member of the University of Miami Clinical and Translational Science Institute’s Community Advisory Board (CAB), which entered a two-year planning phase.

As an advocate for the rights of women, students and minorities, Ms. Hantman has been recognized for her work in numerous community service organizations.  She was named the American Cancer Society’s “Most Dynamic Woman in Miami-Dade County,” received the Stephen P. Clark Children’s Award for Outstanding Miami-Dade County Educator, and was selected “Floridian of the Year” by the Cuban Women’s Club.  In 1991, in recognition of her civic work and contributions to our society, the Gregorian University of Rome, Italy, awarded her a Doctorate of Humanities, Honoris Causa.  She received Florida International University’s distinguished Service Medallion in Community Service in April 2000 and in 2004 Ms. Hantman received the University’s College of Law “Enma Tarafa Legal Excellence Award.”  The Town of Miami Lakes honored Ms. Hantman’s commitment to education through a Resolution designating June 7, 2005 as “Perla Tabares Hantman Day.” In April 2014, Miami-Dade School Board Chair Perla Tabares Hantman was awarded the “Key to the Town” by the Mayor and Council Members of the Town of Miami Lakes. The Mayor and Council Members presented the key to Ms. Hantman, at the time a 35-year resident of the Town, for being a tireless advocate on behalf of all the public schools within her District. In April 2010, Dream in Green, a non-profit organization, honored Ms. Hantman as one of  South Florida’s Green Innovators,  a prestigious award which is given to public officials for their outstanding support and work in making institutions conscious and sensitive to the need to go green.  Ms. Hantman was honored on November 3, 2010 by the Centro Artístico Cultural Español and the Rotary Club of the City of Doral with the “Women in the Spotlight” award.  At the 2013 National Association for Bilingual Education (NABE) Conference in Lake Buena Vista, Florida, Ms. Hantman was pinned with the Lifetime Member award. In March 2013, The South Florida Hispanic Chamber of Commerce honored Ms. Hantman as the recipient of the Hispanic Leadership Award in the President’s Education Award category. Ms. Hantman was recognized for her leadership in all areas of education and strong advocacy for the rights of women, students and minorities.   In August 2013, Miami-Dade County School Board Chair Perla Tabares Hantman served as a panelist on transportation safety at the Safe Routes to Schools National Conference in Sacramento. The conference was sponsored by the National Center for Safe Routes to School and the Safe Routes to School National Partnership and attracted 600 participants from across the country. In March 2014, Miami-Dade School Board Chair Perla Tabares Hantman was recognized as the 2014 Lollipop Award Honoree by Amigos For Kids at its Fourth Annual Celebration of Friendship Awards Luncheon & Children’s Fashion Show. The Lollipop Award recognizes the outstanding efforts and dedication of the recipient on behalf of children’s causes. The award commemorates the memory of Lázaro Figueroa, “Baby Lollipops,” whose tragic and brutal death in 1990, shook South Florida and raised awareness about the importance of advocacy for victims of child abuse.

In March 2014, School Board Chair Perla Tabares Hantman was honored at Barbara Goleman Senior High School with the dedication of the Perla Tabares Hantman Academy of Excellence Building, the result of a parent-led petition. Hantman was instrumental in bringing the AP/Cambridge Capstone program to Goleman and the Miami-Dade School District. In June 2014, Ms. Perla Tabares Hantman was nominated “ The Best of Miami 2014”, as a notable leader and service to our youth in Miami- Dade County Public Schools. On October 2014, Ms. Hantman was recognized by the National Association for Bilingual Education (NABE) for the “NABE Public Service Award” recognizing Florida educators and organizations that have made a difference in the lives of Florida bilingual learners and their families. In October 2014, Ms. Hantman was appointed to serve on the MPO Executive Director Selection Committee. On November 2014, Ms. Hantman was honored at the 2014 Ray of Hope Gala to benefit South Florida Autism Charter Schools, Inc., when she was recognized for her outstanding contributions to education and the safety and well-being of the children of South Florida. South Florida Autism Charter Schools, Inc. provides education and services to students diagnosed with autism spectrum disorders. On November 2015, Ms. Hantman was appointed by Miami-Dade County Commission and TPO Chairman Jean Monestime to serve on the TPO Governance Committee. On January 2016, Ms. Hantman was appointed to the Miami-Dade Transportation Planning Organization (TPO) Fiscal Priorities Committee by TPO Chair Jean Monestime.

Ms. Hantman has been a strong supporter of bilingual education. Through her efforts, these programs have been expanded, thus providing more opportunities for students to become bilingual and biliterate. During her tenure, she has successfully brought numerous initiatives before the School Board on student safety and well-being.  Children in pre-kindergarten through grade 12 now receive more complete vision and hearing screening, the nutrition education curriculum has been strengthened, and her efforts to implement the Safe Routes to School program have been very successful in helping to secure more than $18 million in federal funding for infrastructure projects. Ms. Hantman’s spearheads the Blue Ribbon Campaign to prevent child abuse and neglect, observed in April in Miami-Dade County Public Schools.  Joint use agreements for parks and school grounds are now in place after successful completion of negotiations with various municipalities in District 4.  Ms. Hantman has chaired the Miami National College Fair, sponsored by Miami-Dade County Public Schools and the National Association for College Admission Counseling (NACAC) for over a decade.