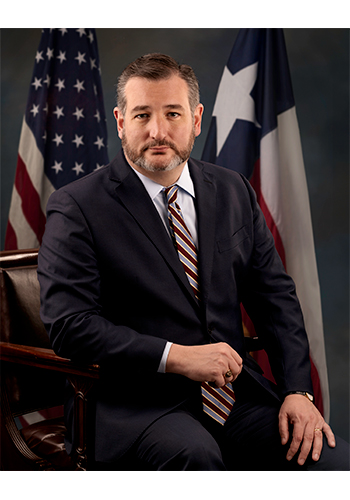 Senator Cruz was born on December 22, 1970 in Calgary, Alberta, Canada.  Cruz’s father was born and raised in Cuba, the son of a Canarian islander who immigrated to Cuba as child.  His father left Cuba in 1957 to attend the University of Texas at Austin and obtained political asylum in the U.S. after his four-year student visa expired.  He earned Canadian citizenship in 1973 and became a naturalized U.S. citizen in 2005.

From 1999 to 2003, he held various government positions, serving as Director of the Office of Policy Planning at the Federal Trade Commission (FTC), as an Associate Deputy Attorney General at the United States Department of Justice, and as a Domestic Policy Advisor to George W. Bush during Bush’s 2000 presidential campaign. Cruz served as Solicitor General of Texas from 2003 to 2008, having been appointed by Texas Attorney General and later Governor Greg Abbott. He was the longest-serving solicitor general in Texas history and the first Hispanic American to serve in that capacity. From 2004 to 2009, Cruz was an adjunct professor at the University of Texas School of Law in Austin, where he taught U.S. Supreme Court litigation.

In 2012, Cruz ran for and won the U.S. Senate seat being vacated by fellow Republican Kay Bailey Hutchison. He is the first Hispanic American to serve as a U.S. Senator from Texas. In 2016, Cruz ran unsuccessfully for President of the United States. He was reelected to the Senate in 2018, defeating Democratic challenger Beto O’Rourke. As of 2020, Cruz is one of three current U.S. Senators, along with Bob Menendez and Marco Rubio, of Cuban descent.

He resides in Texas. 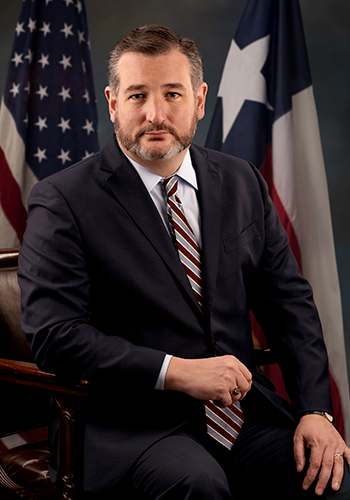