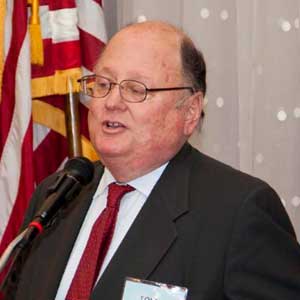 Tony Villamil is a nationally recognized business economist, with over thirty-five years of successful career as a business economist, university educator and high-level policymaker for both federal and state governments. Tony was selected in 2008 as the founding Dean of the School of Business of St. Thomas University, serving sucessfully until December 31, 2013 at which time he resigned to return as senior advisor to the growing economic consulting practicer that he founded, The Washington Economics Group, Inc. (WEGO, a Florida-based firm established in 1993 upon returning to the State from his public service in Washington, D.C.

Dr. Villamil is the immediate past Chairman of the Governor’s Council of Economic Advisors of Florida, and during 1999-2000, he was selected by Governor Bush as his first Director for Tourism, Trade and Economic Development. Previously, he was appointed by President George H. W. Bush as U.S. Undersecretary of Commerce for Economic Affairs, receiving unanimous U.S. Senate confirmation. Presently he is active on Corporate Board of Directors, including Mercantil Bank, N.A., Pan American Life Insurance Group (PALIG) and Spanish Broadcasting System.

Among civic and professional leadership positions, he is currently Chairman of the Economic Roundtable of the Beacon Council-Miami-Dade County’s official economic development organization and a member of the Board of Directors. He serves as Senior Fellow of the James Madison Institute (JMI).

Heearned Bachelor and Master degrees in Economics from Louisiana State University (LSU), where he also completed coursework for the PhD degree. In 1991, Florida International University (FIU) awarded him a Doctoral Degree in Economics (hc), for “distinguished contributions to the Nation in the field of economics.” He frequently speaks to business, government and university audiences on the Florida economy, U.S. trade policy and economic development issues.

Tony is a resident of Coral Gables, Florida, where he lives with his family, traveling frequently throughout Florida, the U.S. and globally to conduct research and presentations for clients of WEG.