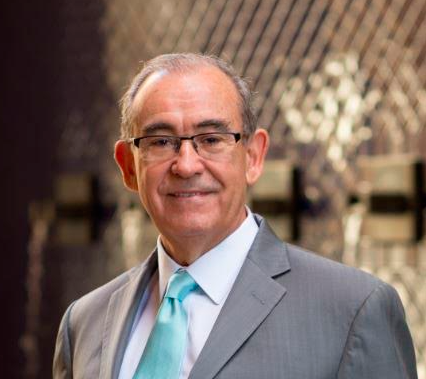 Ramon E. Rasco is a founding partner at Rasco Klock Perez & Nieto, P.L. in Coral Gables, Florida. Mr. Rasco was born in Havana, Cuba. He came to the United States in 1961. In 1976, he obtained his law degree at the University of Miami School of Law, after obtaining a Bachelor degree in Business Administration, also from the University of Miami.

Before founding his law firm 1985, Mr. Rasco was a partner at Holland & Knight. He was also organizer and founder of Ready State Bank in 1983, and of U.S. Century Bank in 2002. He served as board secretary of Ready State Bank from 1983 until its merger with Union Planters Bank in 1998, and he served as Chairman of U.S. Century Bank from its opening in 2002 through 2013. He has practiced in the areas of banking, corporate and real estate law, having had the privilege to serve many outstanding Cuban – American members of our community. He also served as an advisory board member of Union Planters Bank (now Regions Bank) from 1999 to 2001. Mr. Rasco has also served as a board member of Doctors Hospital and of the Baptist Hospital Foundation, and he was Founding Chairman of the Baptist Children’s Hospital Foundation.

Mr. Rasco has received numerous awards and recognitions, including a Pro Bono Service Award from the Florida Supreme Court in 1996 and Miami Today’s Silver Medal for outstanding achievement in 2010. He has also received the highest rating (AV) given by Martindale Hubbell, and has been recognized by numerous other publications.