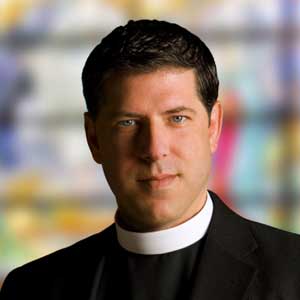 Father Albert Cutié was born in San Juan, Puerto Rico.  He serves as the Rector of St. Benedict’s Episcopal Church in the Diocese of Southeast Florida and Dean (Convener) of Broward County. Cutié has been in full-time parish ministry for over 24 years. Father Albert received his Doctor of Ministry degree from the University of the South (Sewanee, TN). Cutié became a member of the Episcopal Church in 2009, originally ordained a priest in the Roman Catholic Church in 1995.  In October of 1998, he became the first clergy person of any faith tradition to host a daily “talk-show” as part of a major network on international television. He produced hundreds of talk shows with the Telemundo Network (NBCUniversal/Comcast) and became one of the most recognized names in Spanish-language television. After three seasons and hundreds of episodes, he continued to host weekly talk-shows, on the international network EWTN and in South Florida. He also produced an English-language talk-show in New York City in 2011. Cutié served as the CEO and General Director of Pax Catholic Communications (a multi-media organization and the home of Radio Peace and Radio Paz in Miami) from 2001 until 2009.