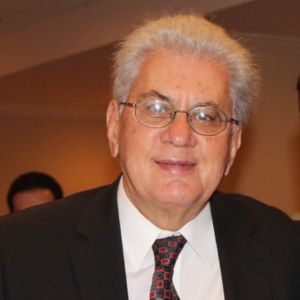 Doctor Marcos Antonio Ramos Cuban-born historian and theologian born in Colón, Matanzas. He is a Protestant clergyman and served as Moderator of the Southern Baptist Churches in Miami Dade. Reverend Ramos is a Trustee of Baptist Health South Florida and a Senior Research Associate at the Cuban Studies Institute.

During his academic career he has taught at six universities and theological seminaries. He is the autor of 15 books including “Panorama del Protestantismo en Cuba” (Editorial
Caribe, San José, 1986), “Protestantism and Revolution in Cuba” (University of Miami, Coral Gables, 1989), “La Cuba de Castro y después” (Thomas Nelson Publishers, Nashville, 2007) and textbooks and dictionaries for the study of World Religions and denominations. He has written numerous introductions and chapters of books on Cuba. One of the authors of UNESCO&#39;s General History of Latin America.

Regular Member of the Academia Norteamericana de la Lengua Española and Corresponding Academic of the Royal Spanish Academy (RAE) and other national and foreign academies and professional societies. Among the honors received is the Papal Medal “Benemerenti” granted by Benedict XVI. He was awarded a National Journalism Award in the Dominican Republic.

He has researched extensively on Religion and Society in Contemporary Cuba and written numerous articles for newspapers in Latin America. For several years he was a regular columnist for “El Nuevo Herald”.