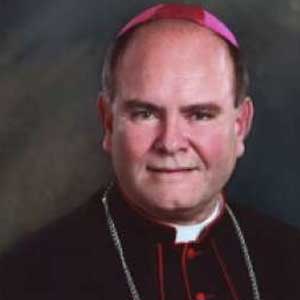 Most Reverend Fernando Isern, D.D., Bishop of Pueblo, was born in Havana, Cuba, in 1958. In 1963 his family went into exile in Venezuela and then in 1967 to Miami.  He graduated from Florida International University in 1982, where he received a Bachelor of Arts degree in Business Administration.

He also studied at St. John Vianney College Seminary in Miami and St. Vincent de Paul Regional Seminary in Boynton Beach, Florida. He was ordained to the priesthood on April 16, 1993.

Bishop Isern served as a parochial vicar at St. Mark Church in Southwest Ranches, Florida, until 1996, when he was transferred to St. Elizabeth of Hungary Church in Pompano Beach.  In 1999 he became an adjunct professor at St. Vincent de Paul Regional Seminary, and assistant chaplain for the Archdiocesan Youth Center as well as for Encuentros Juveniles.