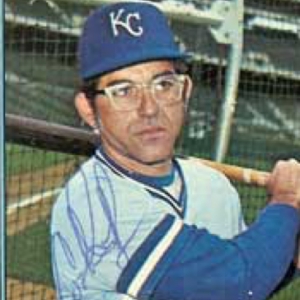 Octavio Víctor “Cookie” Rojas Rivas was born in Havana, Cuba on March 6, 1939. He is a Cuban former professional baseball player, coach, and manager. He is currently a television sports commentator.

He played in Major League Baseball as a second baseman and outfielder for the Cincinnati Reds, Philadelphia Phillies, St. Louis Cardinals, and Kansas City Royals. Rojas is a five-time All-Star player. He served as the Florida Marlins third base coach
from 1993 to 1996. He has also served as a Miami Marlins’ Spanish-language commentator.