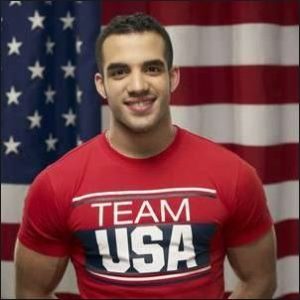 Danell Johan Leyva was born in Matanzas, Cuba on October 30, 1991. He is a Cuban-American gymnast who competes for the United States. He is the 2012 Olympic individual all-around bronze medalist and 2016 Olympic parallel bars and horizontal bar silver medalist. He is also the 2011 U.S. national all-around gold medalist and the 2011 world champion on the parallel bars. Leyva is a specialist on parallel bars and horizontal bar, having his own signature move on the latter.

His stepfather and coach, Yin Alvarez and mother, Maria Gonzalez, were both members of Cuba’s national gymnastics team. Gonzalez and Leyva defected to Miami when Leyva was a year old. Alvarez defected by swimming across the Rio Grande to the United States while his team was competing in Mexico. Together, Alvarez and Gonzalez opened a gym in Miami several years later.