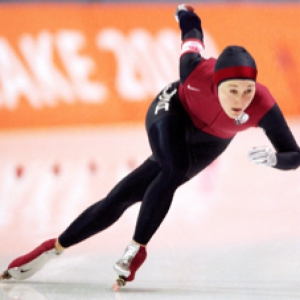 Jennifer Rodriguez was born in Miami, Florida on June 8, 1976. She is a Cuban-American speed skater, her father is Cuban and her mom from the United States. She started her career as an artistic roller skater, winning multiple national championships and placing second and third at world championships. Later she switched to inline speed skating and became world champion in 1993. Her inline speed coach was Bob Manning.

In 1996 she made another career move by giving it a try on ice, in order to have a chance to make the Olympic team. This was a success, and she participated in the 1998, 2002, 2006 and 2010 Winter Olympics, winning two bronze medals in Salt Lake City in 2002. She is also known by the nicknames Miami Ice and J-Rod “dame cucita.”