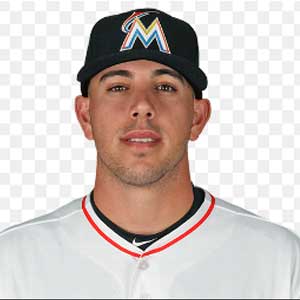 José Fernández was was a Cuban-born American professional baseball pitcher. He was affectionately known as “Niño” by his teammates and fans due to the youthful exuberance with which he played the game of baseball. He played in Major League Baseball (MLB) for the Miami Marlins from 2013 until his death in 2016.

Fernández was born in Santa Clara, Cuba. He made three unsuccessful attempts at defecting before he was successful in 2008. He enrolled at Braulio Alonso High School in Tampa, Florida, and was selected by the Marlins in the first round of the 2011 MLB draft. Fernández made his MLB debut with the Marlins on April 7, 2013. He was named to the 2013 MLB All-Star Game and won the National League (NL) Rookie of the Month Award in July and August. After the season, he won the NL Rookie of the Year Award and finished third in Cy Young Award balloting. He underwent “Tommy John” surgery during the 2014 season, and made the MLB All-Star Game again in 2016.

Fernández died in a boating accident off the coast of Miami Beach on September 25, 2016 at age 24. The Marlins announced that they will retire his uniform number to honor him.