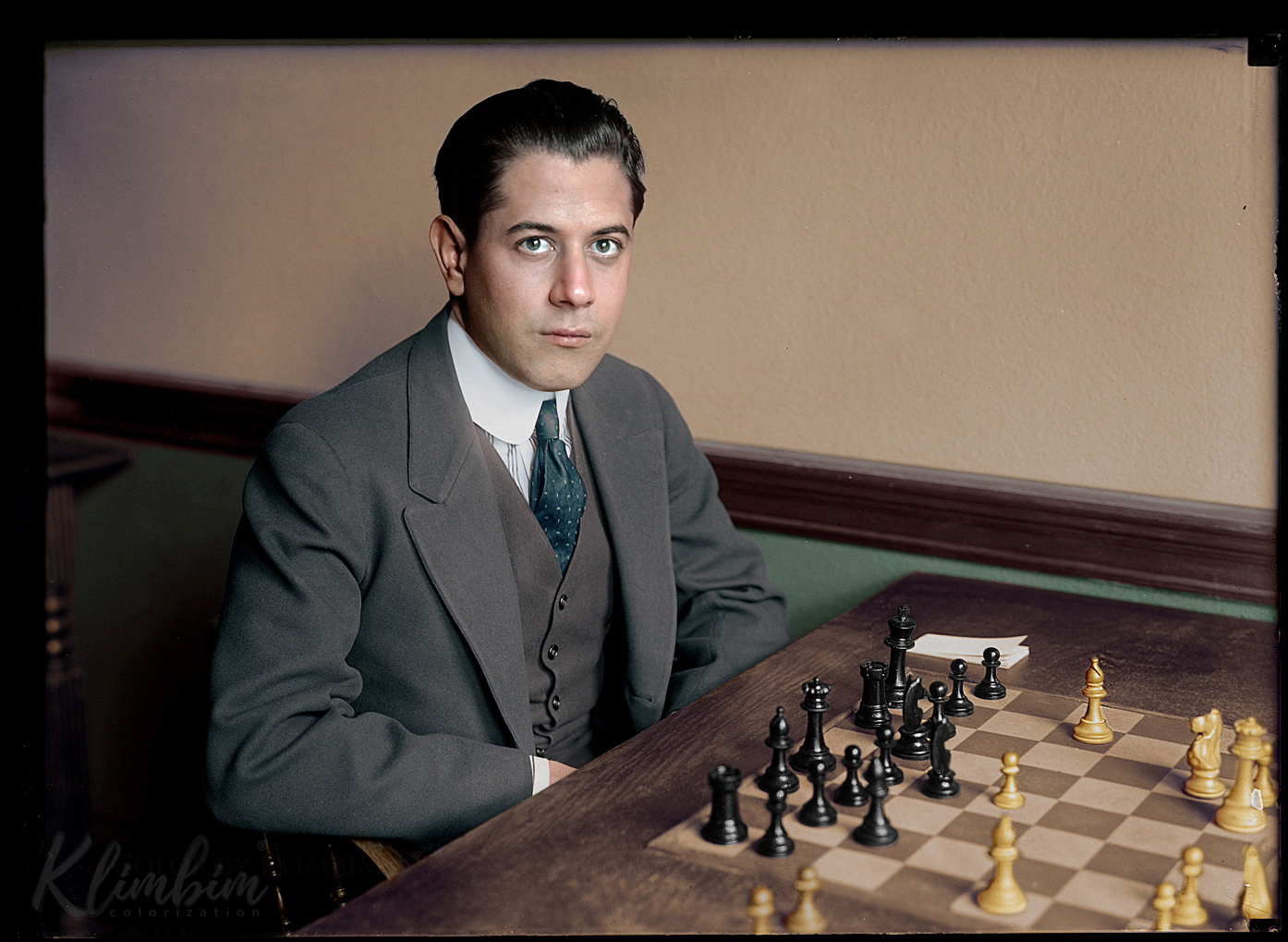 José Raúl Capablanca was born in Havana on November 19, 1888. He was a Cuban chess player and world chess champion from 1921 to 1927.  He learned to play at an early age by watching his father.  At 13 years old, he defeated Cuban Champion Juan Corzo in an informal match in 1901. Despite this and despite taking 4th place in the first Cuban Championship in 1902, he did not focus on chess until 1908 when he left Columbia University where he had enrolled to study chemical engineering and play baseball. He joined the Manhattan Chess Club in 1905, soon establishing his dominance in rapid chess. Within a year or two of dropping out of university and after playing simultaneous exhibitions in dozens of US cities, winning over 95% of his games, Capablanca had established himself as one of the top players in the world.  Considered a chess prodigy, he is widely renowned for his exceptional endgame skill and speed of play.  During his career, he wrote several chess books, of which Chess Fundamentals was regarded as one of the best chess book ever written.

He died on March 8, 1942 of a cerebral hemorrhage due to hypertension.  Capablanca was given a public funeral in Havana’s Colón Cemetery on March 15, 1942.