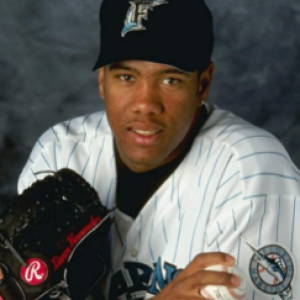 Eisler Liván Hernández Carrera was born in Villa Clara, Cuba on February 20, 1975. He is a Cuban-born former professional baseball pitcher in Major League Baseball. He is the half-brother of pitcher Orlando “El Duque” Hernández.

After meeting with numerous team officials in the Dominican Republic, he signed with the Florida Marlins in order to live in Miami. He made his first appearance for the team as a September call-up in 1996, and joined the team for good in June 1997.

His rookie season in 1997 coincided with the recent expansion franchise reaching the 1997 World Series. He started and won Games 1 and 5 of the series against the Cleveland Indians, and struck out a postseason-record 15 batters in Game 5 of the NLCS against the Atlanta Braves. His efforts earned him the World Series MVP trophy.