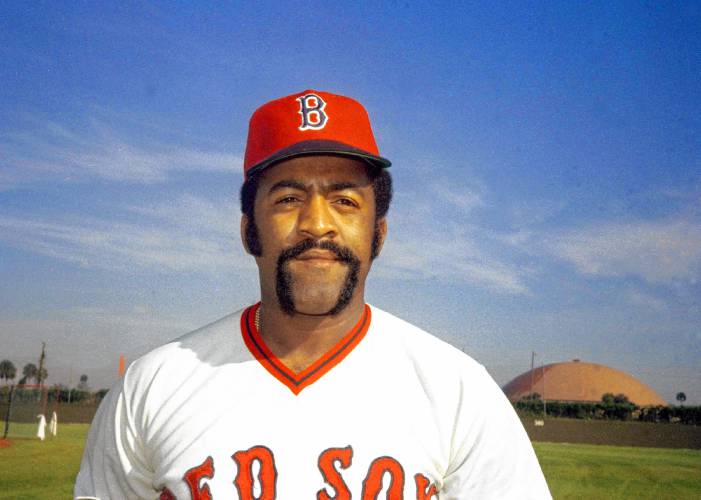 Luis Clemente Tiant was born on November 23, 1940 in Marianao, Cuba.  He is a former Major League Baseball (MLB) right-handed starting pitcher. He pitched in MLB for 19 years, primarily for the Cleveland Indians and the Boston Red Sox.

His father, Luis Tiant Sr., was a great left-handed pitcher for the Negro League‘s New York Cubans during the summer and the Cuban professional league’s Cienfuegos in the winter.  Tiant followed his father’s footsteps from an early age, joining both the local Little and Juvenile baseball leagues until he starred for the Havana team and was picked up for the Cuban Juvenile League All-Star team in 1957.

His talent was recognized by former Cleveland Indians All-Star, Bobby Ávila, who was scouting for talent in Cuba. Avila recommended him to the Mexico City Tigers of the Mexican League. Tiant was signed for $150 a month, and for the next three years he divided his time between the Tigers and the Havana Sugar Kings in the International League.  In the summer of 1961, under Avila’s recommendation, Cleveland purchased Tiant’s contract for $35,000.  He debuted in the major leagues for the Indians on July 19, 1964.

Since 2002, Tiant has been a resident of Southborough, Massachusetts.