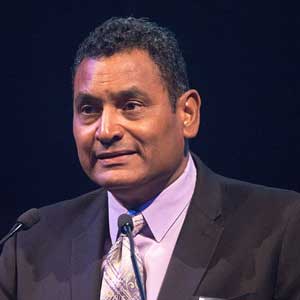 Orestes Destrade Cucuas was born May 8, 1962 in Santiago de Cuba, Cuba. He is a former professional baseball infielder. He is now a broadcaster for the Tampa Bay Rays.

He sought refuge in the United States with his family at the age of six. During his youth, he played in the Khoury League at Tamiami Park in Miami. He graduated from Coral Park High School in Miami, and later attended Florida College. After college, he played many seasons in the minor leagues before his career at the major league level. Destrade was called up in September 1987 with the New York Yankees. He played in 1988 with the Pittsburgh Pirates, and 1993 and 1994 for the Florida Marlins. Destrade was a member of the Florida Marlins’ 1993 inaugural season.