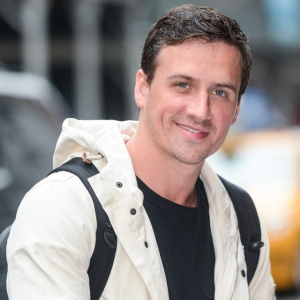 Ryan Steven Lochte was born in Rochester, New York state on August 3, 1984. He is an American competitive swimmer, a 12-time Olympic medalist, which ranks him second in swimming behind Michael Phelps. His seven individual Olympic medals rank near the top in men’s swimming. As part of the American teams, he holds the world record in the 4×200-meter freestyle and 4×100-meter freestyle relay. Individually, he currently holds the world record in the 200-meter individual medley and 400-meter individual medley.

Lochte is the son of Ileana and Steven R. Lochte. His mother is Cuban and was born and raised in Havana, while his father is of Dutch, English, and German descent. The family moved to Florida when Ryan was 12 so his father could coach swimming.

Lochte attended the University of Florida and graduated in 2007, majoring in sports management. As a member of the Florida Gators swimming and diving team, he swam for coach Gregg Troy in National Collegiate Athletic Association (NCAA) and Southeastern Conference (SEC) competition from 2004 to 2007. At Florida, Lochte was the NCAA Swimmer of the Year twice, a seven-time NCAA champion, a seven-time SEC champion, and a 24-time All-American.  At the 2006 NCAA Men’s Swimming and Diving Championships, during his senior year, Lochte won national titles in all three of his individual events, setting U.S. Open and American records in the 200-yard individual medley and 200-yard backstroke. He also broke Tom Dolan’s nearly decade-old NCAA record in the 400-yard individual medley.