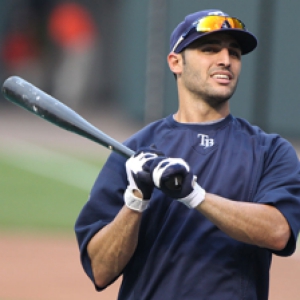 Sean John Rodriguez was born in Miami, Florida on April 26, 1985. He is an American professional baseball utility player for the Pittsburgh Pirates of Major League Baseball (MLB). He previously played for the Los Angeles Angels of Anaheim, Tampa Bay Rays, and Atlanta Braves. While primarily a second baseman, Rodriguez has started at every position in his MLB career except for catcher and pitcher.

Rodriguez was born in Miami to Cuban parents. His father, Johnny, was largely responsible teaching his son the game of baseball. By the age of four, Sean was using a 30-inch bat, weighted with a baseball doughnut. At age eight, he could throw baseballs from the outfield to home plate. Johnny also coached Sean in Little League. Though he wanted to play shortstop at the time, his father placed him in the outfield. He attended Miami Coral Park High School and later transferred to G. Holmes Braddock High School. His brother Robert played minor league baseball from 2002 to 2006.