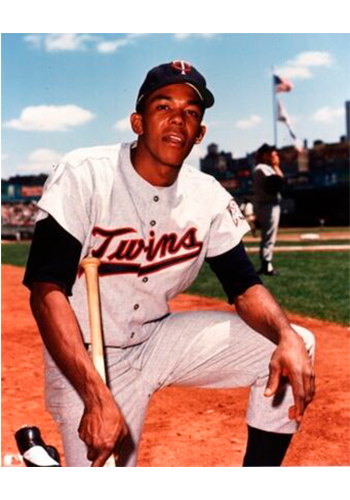 Tony Pedro Oliva was born on July 20, 1938 in Pinar del Río, Cuba.  He is a Cuban former professional baseball right fielder, designated hitter, and coach, who played his entire 15-year Major League Baseball (MLB) career for the Minnesota Twins, from 1962 to 1976.

He moved to the United States in 1961 after a scout for the Minnesota Twins noticed his abilities and convinced him of his opportunities in the states.  Oliva was the 1964 American League Rookie of the Year, an AL batting champion during three seasons, an AL hit leader five seasons, and a Gold Glove winner one season. After eight seasons in the majors, Oliva’s career was hampered by a series of severe knee injuries, forcing him to become a designated hitter during his final four years in baseball. Oliva was a coach for the Twins after he retired as a player. As such, he holds the distinction of being the only on-field team member to appear with all three Minnesota Twins’ World Series teams: star outfielder in 1965, hitting coach in 1987 and bench coach in 1991.  He is regarded as one of the best players not inducted into the Baseball Hall of Fame.

He lives in Bloomington, Minnesota. 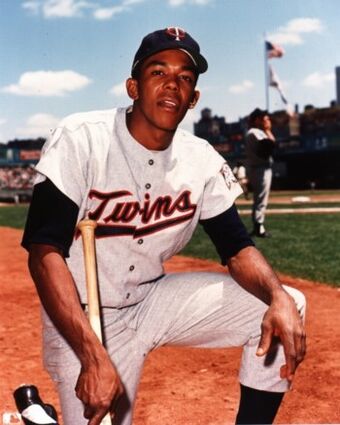