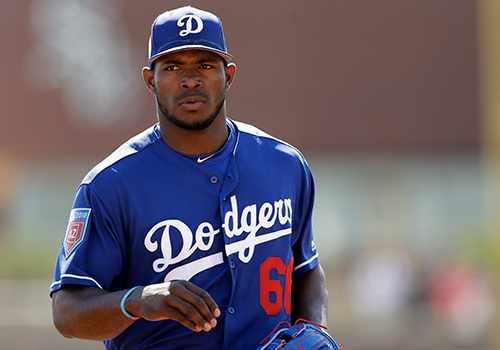 Yasiel Puig was born on December 7, 1990 in Cienfuegos, Cuba.  He is a professional baseball right fielder who is currently a free agent. He has played in Major League Baseball (MLB) for the Los Angeles Dodgers, Cincinnati Reds, and Cleveland Indians.

Puig played for the Cuba national baseball team in the 2008 World Junior Baseball Championship, winning a bronze medal. He defected from Cuba in 2012, and signed a seven-year, $42 million contract with the Dodgers. He made his MLB debut on June 3, 2013. In 2013, Puig hit .319 in 104 games with 19 home runs, and was selected by Baseball America to their annual “All-Rookie team.” The Dodgers traded Puig to the Reds before the 2019 season, and the Reds traded Puig to the Indians at the 2019 trade deadline.

Puig created the Wild Horse Children’s Foundation in 2016 to make an impact in economically disadvantaged communities in the U.S. and throughout the world. The foundation’s name embraces the nickname Vin Scully gave him as a rookie. According to its website, the foundation aims to inspire children and families in underserved communities by promoting healthier and better-quality lives through education, sports, community development, and health and wellness programs.

He resides in Sherman Oaks, California.